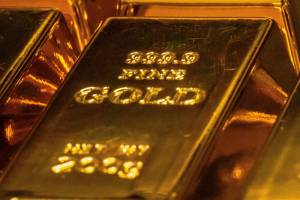 Gold showed its importance as a kind of safe-haven asset in early March, but then lost its strengths due to the tightening of monetary policy by central banks. Experts from the Japanese investment bank MUFG distinguished three main factors that may be responsible for the increase in the price of gold in the coming months, forecasting up to $ 2,250. per ounce of metal at the end of this year.

Gold continues to fall as the dollar continues its rally

As MUFG analysts pointed out, gold tends to disconnect from real interest rates during Fed hikes periods, the relationship with the USD is more permanent.

– As much of the gold is produced and consumed outside the US, a broad appreciation of the dollar should lead to a similar depreciation of gold, no matter what. – MUFG analysts commented. – In the near term, the dollar’s impact on the gold may be even greater due to the repositioning of speculative positions in gold, which are very sensitive to the behavior of the USD.

In short, this means that a further rise in the USD may continue to put pressure on gold in the very short term in the near term, the MUFG believes.

The three main factors supporting gold in the coming months

However, despite this, experts from MUFG listed 3 factors that may suggest an increase in gold in the following months. These are: high investments, activities of central banks and consumer demand

– They seem to be blooming at the same time. The last time the three forces came together in 2010-11, gold gained ~ 70%. – experts from the MUFG emphasized.

– First of all, we are already seeing strong dynamics of gold demand in ETFs, which should continue to increase as economic growth slows down in the US. – MUFG analysts noted.

– Second, we expect central bank demand for gold to increase in the second half of the year, after the ruble stabilizes, as Russia should have sufficient liquidity to increase gold purchases. – they added.

– Third, Asian consumer demand was very strong in the second half of 2021 and we think it should increase further due to rising wealth and the lack of investment options.

Consequently, experts from the MUFG believe that gold prices will accelerate from current levels to as high as $ 2,250. per ounce already in the fourth quarter of this year.

Gaming is back in the game?

New Terra soon. What is the LUNA 2.0 cryptocurrency?