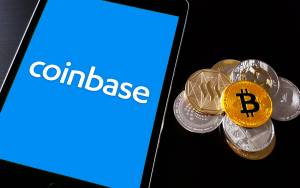 The Coinbase exchange lags behind the competition, which introduces various types of discounts to attract customers. As a result, the share price of the company listed on the Nasdaq fell by as much as 10% within 24 hours. The cryptocurrency market has been significantly weakened due to negative information published by Voyager Digital saying that Three Arrows Capital (3AC) may be insolvent. As a result, more digital asset ventures have suffered.

Coinbase is losing a lot in the daily range

Coinbase Global (COIN) shares plunged nearly 10% in 24 hours to an area of ​​$ 51.91. This exchange is lagging behind competing platforms that offer their clients all sorts of incentives. This path was followed, among others, by Binance, announcing zero commission when trading Bitcoin (BTC).

Lower fees can be a key factor in attracting users. Thus, other virtual currency exchanges may feel under pressure.

The decline in Coinbase share prices was influenced not only by unfavorable conditions on the cryptocurrency market, but also by rumors that 3AC may be insolvent. These were shared by the resentful Voyager Digital, who revealed that the company owed him 15,250 BTC and 350 million USDC. The total value of these crypto assets is approximately $ 660 million.

77% of retail investor accounts lose money when trading CFDs with this provider. Consider whether you can afford the high risk of losing your money.

Voyager has set its debtor until June 24 this year. to pay off $ 25 million. and the deadline of June 27 this year. for a full refund. The company said next that it is working with lawyers to initiate legal proceedings should the venture capital fund fail to pay off its debt.

To cover the ongoing liquidity problems, Voyager Digital had to borrow USDC 200 million and BTC 15,000 from Alameda Research. The company also tightened the limit of daily payments for its clients from 25 thousand. up to 10,000 hole.

Labocanna wants to sell the property for PLN 12 million, more than twice the purchase price

Summary of information from companies, June 23, 2022