Public Bitcoin mining companies find it extremely difficult to continue their operations as mining costs significantly exceed profits. Since the BTC price has fallen below 30,000 USD asset miners have decided to sell off most of their May output, anticipating the coming declines.

BTC is becoming less and less profitable for miners

At the end of May, the cryptocurrency market accelerated the declines lasting for many months, breaking away from the psychological barrier of 30,000 in June. USD. In the following weeks, BTC dropped to a 4-year low, significantly reducing the profitability of most miners.

New data from Arcane research show that Bitcoin mining companies sold almost 100% of their BTC production in May, while in other months the ratio was typically 20-40%.

For comparison, in the first 4 months of 2022, miners decided to sell about 30% of the mined BTC. In May, along with the price decline, this indicator increased threefold to over 90%, and the latest speculations from June suggest that the profit obtained from acquiring BTC barely covers the costs of running this activity.

Although public BTC mining companies account for only 20% of the total network hashrate, their behavior often reflects the sentiment across the market.

All miners have a combined total of 800,000 BTC, making them one of the largest whales on the market. Of these, 46,000 BTC is in the hands of public miners, and selling them may cause the price to drop further.

77% of retail investor accounts lose money when trading CFDs with this provider. Consider whether you can afford the high risk of losing your money

The Hashprice ($ / TH) index is a mining metric that represents the miner’s income per terahash. This is the average value – in fiat currency – of the daily rewards a miner receives for each terahash (USD / TH / s per day). It has now dropped to a new 1.5-year low of around $ 13 / TH. 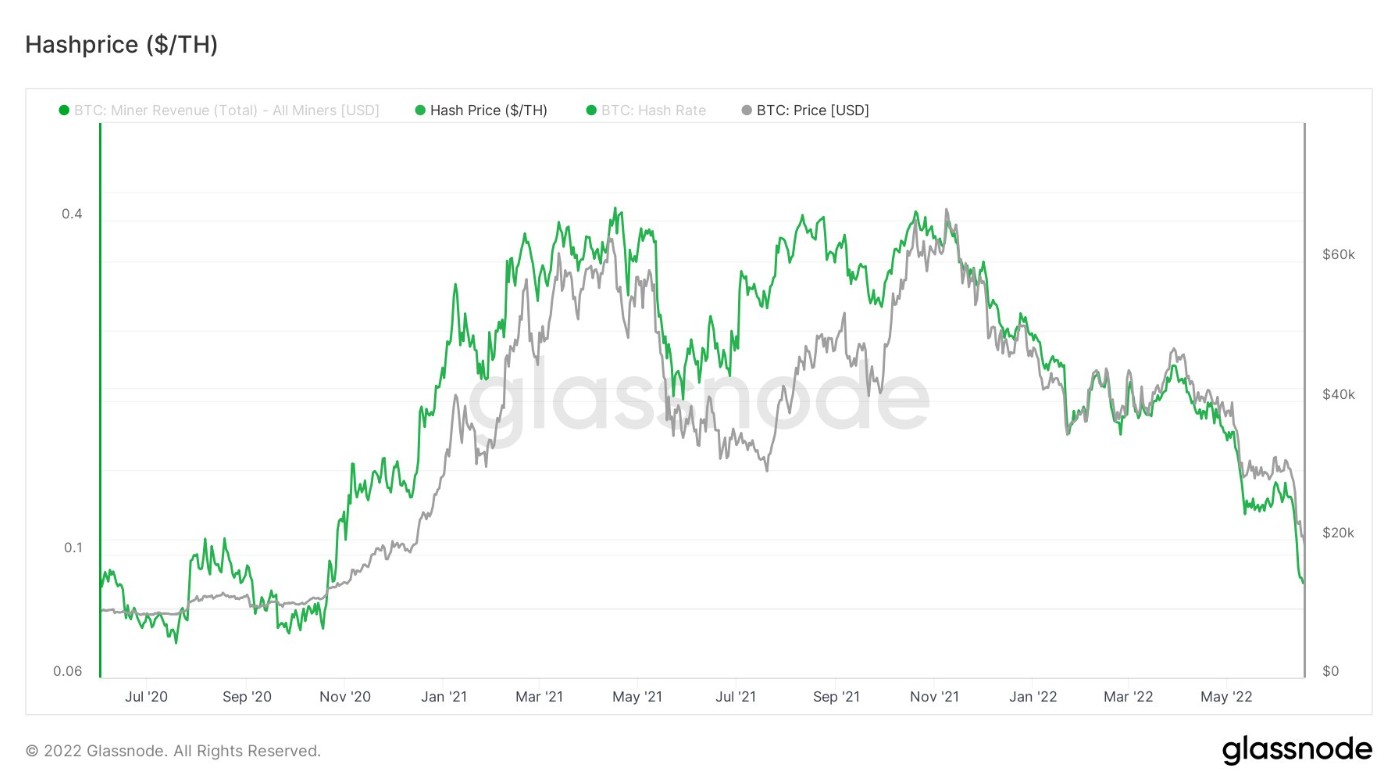 With the BTC price oscillating below 21 thousand. More and more companies are on the verge of profitability, and their operations are just enough to cover running costs. Further drops in the cryptocurrency may therefore lead to the shutdown of some machines, and thus a reduction in the total computing power of the network, which may translate into its capabilities.

Coinbase shares fell by nearly 10% during the day. Cryptocurrency exchange …

Cristiano Ronaldo enters the NFT! Binance has signed a contract with the footballer for …

KuCoin launches SEPA service! On this occasion, he intends to give away 100,000 …

Stalprodukt shareholders decided to pay PLN 12 per share in dividends for 2021.