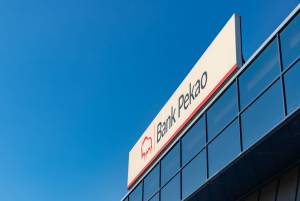 Warsaw, June 24, 2022 (ISBnews) – Pekao Leasing has signed a EUR 200 million loan agreement with the Council of Europe Development Bank, secured by a guarantee from Bank Pekao, the bank said. The acquired funds will be used to finance – in the form of leasing on competitive terms – investments and the development of micro, small and medium-sized enterprises in Poland.

The current contract is the sixth one signed by CEB with the Pekao Group and the fifth one with Pekao Leasing. The total amount of the concluded loan agreements is EUR 700 million, it was reported.

“The Pekao Group consistently supports Polish entrepreneurs. Providing micro, small and medium-sized enterprises with access to a preferential source of financing is of key importance for their development and competitiveness, especially in the difficult market environment that companies in Poland and Europe are currently struggling with “- said the vice president of Bank Pekao, responsible for the Corporate Banking Division. , and a member of the supervisory board of Pekao Leasing Magdalena Zmitrowicz, quoted in the announcement.

The signed loan agreement will co-finance eligible investments undertaken by Polish micro, small and medium-sized enterprises through Pekao Leasing, such as the purchase of fixed assets and production equipment necessary for their core business. Particular emphasis is placed on pro-ecological investments, underlined.

Funding with the support of the CEB aims to contribute to the creation and preservation of permanent and seasonal jobs. It will help small and medium-sized enterprises to undertake new investments, increase the scale of operations and maintain their competitiveness. In addition, it promotes female entrepreneurship by allocating a large portion of its funding to female-led businesses. Polish startups should also take advantage of the loan. It is expected that the largest share of beneficiaries will be micro and small enterprises with fewer than 50 employees and up to 10 million euro in turnover or total assets.

“Pekao Leasing has had very good experiences in cooperation with international financial institutions. This is our fifth financing agreement with the Council of Europe Development Bank. We focus on financing investments in the micro and SME segments, especially in the area of ​​machinery and equipment. Observing the increase in industrial production, as well as the financing provided to Pekao Leasing clients in recent quarters, we are convinced that funds from CEB, supporting Polish entrepreneurs, indicate a good direction of development and support investments in order to create and preserve jobs, as well as reduce emissions and energy consumption of production ” – added the president of Pekao Leasing, Krzysztof Zgorzelski.

The Council of Europe Development Bank (CEB) has for many years been facilitating access to financing for micro, small and medium-sized enterprises in the member states of the Council of Europe. The institution currently has 42 member states. Poland joined CEB in 1998 and is currently in the group of 22 countries in Central, Eastern and Southern Europe that are beneficiaries of the increased scale of CEB investments.

Bank Pekao is part of the PZU group – the largest financial group in Central and Eastern Europe. Since 1998, the bank has been present on the Warsaw Stock Exchange. The bank’s total assets amounted to PLN 250.57 billion at the end of 2021.

JSW’s stock has overestimated by over 6 percent. The WIG20 index continues its decline