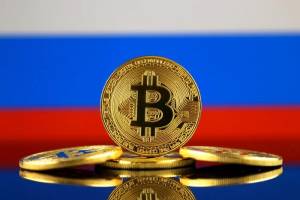 Although the Russian government has long expressed skepticism about virtual currencies like Bitcoin (BTC), and the country’s central bank, citing concerns about financial stability, even suggested a ban, the current position on this asset class is mild. On Tuesday, the Russian State Duma approved a bill that would exempt cryptocurrency issuers from value added tax (VAT).

The lower house of the Russian parliament – the State Duma adopted a law on the taxation of cryptocurrencies on Tuesday. It shows that issuers of this asset class and IT system operators involved in the issue could be exempt from paying VAT.

This project also determines the rates on the income obtained from the sale of virtual currencies. The current transaction rate is the same as for standard assets, which is 20%. According to the new law, the tax would be 13% for Russian companies and 15% for foreign companies.

Before this bill becomes law, it must be examined by the upper house of the Russian parliament and signed by the president of that country – Vladimir Putin.


Change in attitudes towards cryptocurrencies

Until recently, the Russian government was not very fond of Bitcoin and similar virtual currencies. Everything took on a completely different color after Russia began considering the possibility of using a leading cryptocurrency for transactions with “ friendly countries ” after sanctions were imposed on it for an attack on Ukraine.

So also in March this year. State Duma deputy Paweł Zawalny argued that BTC could be used to pay for oil and gas in transactions with China and Turkey.