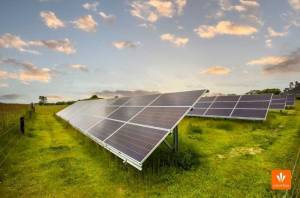 Warsaw, 07/01/2022 (ISBnews) – Columbus Energy wants to submit its prospectus during the summer holidays and has decided that the transfer to trading on the WSE main market will take place without a public offering of shares, the company said. The company has also suspended negotiations on an investment in Columbus with a US fund.

Currently, Columbus, together with its partners, is working on updating the prospectus, which it plans to submit to the Polish Financial Supervision Authority (KNF) in the third quarter of 2022.

“Our plans to transfer the listing to the main trading floor of the WSE have been verified to a large extent by the dynamically changing macroeconomic situation, not only in our country, but throughout Europe. Having consulted this topic for many months with our advisers and partners, we came to the conclusion that we would postpone the public offering of new shares to a more favorable time, ”said President Dawid Zieliński, quoted in the press release.

In recent days, the WSE announced that 73 companies, including Columbus Energy, were qualified to the NC Alert segment on NewConnect. Change of the trading system to the so-called fixings took place on 1 July.

“Columbus from 1 July this year. is quoted at two fixing rates, which will probably have an impact on the liquidity of the stock. We were several hours late with the publication of the auditor’s opinion, for which the WSE regulations provide for a minimum penalty, i.e. a warning. Two reminders we received from the WSE end up in NC Alert. It is worth recalling, however, that over the past few years, investors have carried out transactions in Columbus shares for over PLN 1 billion on NewConnect, so it’s time to move to the regulated market. Perhaps it will be linked back to good financial results. The consequence of fixing is also the fact that a potential contract with an investor from the US is not attractive to us, because the equity value that we can obtain from this financing is correlated with the volume of turnover in a given month. Also, the issue of shares with a capitalization of several hundred million zlotys is not beneficial for us, so we decided to refrain from negotiating the contract, with the possibility of resuming negotiations when the situation in the company and on the capital market improves, ”added Zieliński.

As a result, Columbus decided to suspend negotiations regarding capital involvement in the company, conducted with an investment group from the United States, conducted in connection with the term-sheet signed on April 27, 2022.

“The reason for the suspension of the negotiations is the lack of economic justification for this transaction at the moment, due to the low capitalization of Columbus and lower liquidity of the shares on the stock exchange due to the transfer of Columbus shares to the single listing, as the value of funding that Columbus can obtain is correlated with the volume of turnover in shares. Moreover, the factors described above make it impossible for Columbus to meet the arrangements for providing the fund with shares worth at least PLN 45 million within 12 months of signing the relevant investment agreement, ”we read in the release.

Columbus Energy reports that it is the market leader in photovoltaic micro-installations in Poland. The company is listed on the New Connect market.

What color is your PR?