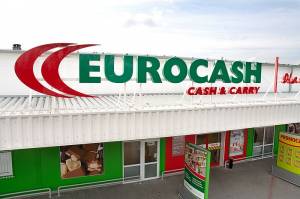 Warsaw, June 30, 2022 (ISBnews) – The ordinary general meeting of Eurocash decided to distribute the net profit for 2021 in the amount of PLN 137.01 million in such a way that the entire net profit will be transferred to reserve capital, the company announced.

Eurocash Group is the largest Polish company dealing in wholesale distribution of food and other fast moving consumer goods (FMCG). Works with over 90 thousand. customers, of which 70 thousand. are independent entrepreneurs running local retail stores throughout Poland. The Eurocash Group is also the organizer of franchise, agency and partner networks, such as: ABC, Groszek, Lewiatan, Euro Sklep, Gama, Duży Ben. The company, based on franchise and its own facilities, develops Delikatesy Centrum – the largest supermarket chain in Poland. The company has been listed on the WSE since 2005.

Luis Amaral has resigned from the board of Eurocash, he is transferred to the supervisory board

The exchange rate of the franc breaks the resistance. CHF / PLN with a target of PLN 4.74 in the following days