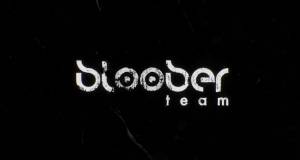 Warsaw, June 30, 2022 (ISBnews) – Feardemic, a subsidiary of Bloober Team, has entered into a publishing agreement with developer Maciej Radwański aka Pleasantly Friendly Games, under which Feardemic has become the sole publisher of the game “No Son of Mine” on Nintendo Switch, Xbox One , Xbox Series X | S, PlayStation 4 and PlayStation 5, Bloober reported.

“The contract was concluded for a period of 10 years from the game’s release date. The premiere of the game on the Nintendo Switch platform is planned for 2022. ” – we read in the announcement.

Bloober Team is an independent producer of video games, founded in 2008. The company has been listed on NewConnect since 2011.

Ronson’s shareholders decided on PLN 0.24 of a conditional dividend per share for 2021.

Luis Amaral has resigned from the board of Eurocash, he is transferred to the supervisory board