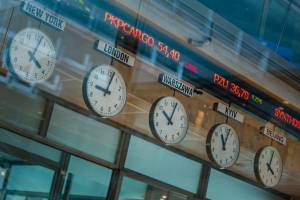 Warsaw, June 30, 2022 (ISBnews) – Eurocash received from Luis Manuel Conceicao Pais do Amaral a notice of resignation from the function of a member of the management board with effect from the closing of the general meeting approving the company’s financial statements for 2021. The submitted resignation is related to the intention to join Amaral to supervisory board, the company said.

Eurocash Group is the largest Polish company dealing in wholesale distribution of fast-moving food products, household chemicals, alcohol and tobacco products. It also offers marketing support for independent Polish entrepreneurs operating in retail. The franchise and partner networks supported by Eurocash associate approximately 16,000 independent stores operating under brands such as abc, Groszek, Delikatesy Centrum, Lewiatan, Euro Sklep, Gama, Duży Ben, as well as Kontigo and Koliber. The company has been listed on the WSE since 2005.

Eurocash shareholders decided not to pay dividends for 2021.

#3DArt 🎨 has become a very popular artform over the last few years, popping up everywhere from marketing to design.… https://t.co/j74u1VjDTW
9 hours ago