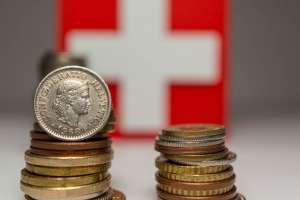 The exchange rate of the Swiss franc against the Polish zloty (CHF / PLN currency pair) on July 1 shows still a strong upward relationship – practically unchanged compared to the latest analyzes. After a series of increases, the market decided to attack the H4 – D1 resistance again, and to pave the way for further resistance. This time it is already visible that the pair actually broke the D1 resistance and thus the market opens its way to the PLN 4.74 range. Now, in turn, the exchange rate of the franc is worth observing in terms of what it will do after the broken resistance. The CHF / PLN currency pair may have tested the zone at this point.

Franc will break the resistance of PLN 4.67?

In recent days, Frank continued to increase and oscillate in high ranges, but this time he broke the resistance H4 – D1, which should be called significant. As can be seen, the upward pressure is still maintained, despite minor declines in the so-called interim. The upward move may be sustained this time even to the area of ​​PLN 4.74, where there is another important range – and at the same time a target for the market.

Now it is worth observing how the franc market will behave further to the zloty. A pullback to PLN 4.67 may be a classic in this case, and then the market may move to other regions. Will the PLN 4.74 range actually prove to be the closest target?

Eurocash shareholders decided not to pay dividends for 2021.