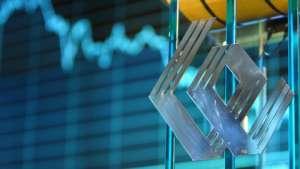 OT Logistics has signed an agreement with Viterra Polska extending the existing cooperation until the end of 2028 in the field of comprehensive handling and storage of bulk cargoes of plant origin at the OT Port Gdynia sea terminal. The estimated value of the contract until December 31, 2023 is over PLN 72 million net. The remuneration for 2024-2028 will be subject to arrangements, OTL reported.

Grupo Lar Polska and Develia have launched the sale of their first joint investment: the Lisbońska project in Warsaw, with approx. 200 apartments and 15 commercial and service units, Grupo Lar reported.

The ordinary general meeting of OT Logistics adopted a resolution on the distribution of profit for 2021, which provides for a conditional payment of a dividend to shareholders in the amount of PLN 1 or PLN 1.09 per share, the company said.

Budimex believes that the company’s development on foreign markets is strong and promising, said President Artur Popko. Moreover, it offers opportunities for diversification in the event of a market decline in Poland.

FBSerwis from the Budimex Group is finalizing work on an investment program that will focus on more advanced fuel and energy generation projects. President Artur Pielech expects the company to present it at the turn of 2022/2023. He also informed that the company’s investment outlays this year are planned at over PLN 50 million.

Caspar Asset Management has published its prospectus. The company’s shares should soon be listed on the WSE main market. The company is changing the quotation market without issuing, Caspar said.

The ML System offer – worth PLN 22 million net – was selected as the most advantageous in the tender entitled “Design and construction of PV Pasterzowice photovoltaic installation with a capacity of up to 8 MW (on behalf of and for Mithra V Sp. Z oo)”, organized by PGE Energia Odnawialna. The contract is expected to be completed by July 3, 2023, ML System reported.

Budimex expects to achieve revenues of around PLN 8 billion in 2022 and to maintain or even improve the EBIT margin in the second half of the year compared to the first half of the year, said President Artur Popko.

Ultimate Games recorded PLN 4.6 million of standalone net profit in the first half of 2022 with PLN 13 million of total revenues, the company announced, presenting estimated data.

Pekao Faktoring has introduced the Płynnościomat to its offer. It is a product based on an automated online process that allows you to quickly obtain a factoring limit, the company said.

The increase in the purchase costs of raw materials, materials and utilities necessary for the production (electricity, gas) will have a significant negative impact on the results of Wawel, the company said.

Echo Investment and DKR Echo Investment intend to announce a tender offer for 8,724,854 Archicom shares, including 6,611,240 series A ordinary bearer shares and 2,113,614 series B1 registered shares for PLN 18.3 per share, the intermediaries, Biuro Maklerskie Pekao and Pekao Investment Banking.

R22 will buy 80 thousand. of treasury shares at PLN 50 per share, the company announced. The transaction settlement date is July 28. Offers were submitted for a total of 12,544,050 R22 shares. The average reduction rate for submitted bids was 99.36%, the company said.

Budimex recorded PLN 201.24 million of consolidated net profit attributable to shareholders of the parent company in the first half of 2022 against PLN 721.21 million profit a year earlier, the company announced, presenting selected data.

Elektrotim has concluded a contract with PGE Dystrybucja for the performance of construction works in the power industry in the area of ​​the Łódź RE Łowicz branch “Modernization of the 110kV switching station and extension of a line field at the 110 / 15kV power station GZP Boryszew”, the company said. The remuneration is PLN 8,673,000 net.

Crude oil gains after the publication of the DOE report. The US surprises with weaker data