Below in the text, we will continue to analyze the topic that has already been dealt with in the articles:

But if earlier we were talking about actually bare numbers, now we should focus on the “conditions for obtaining” these numbers. After all, if the initial data are not correct, then all subsequent analysis can lead to disastrous results.

The figure below shows “Kozyabochka”. 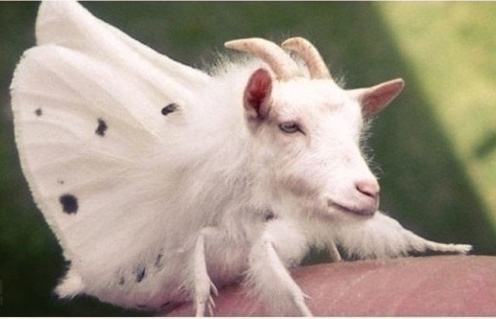 Yes, your eyesight is all right – “Kozyabochka”. As you probably guessed, this is the product of a combination of two words. There are many such combinations in the Russian language, but some humor, I hope, will help to put one very important thought in the minds of readers – when collecting statistics, make sure that the data relate to ONE specific strategy… Otherwise, the analysis of such statistics has no value and can lead to tragic consequences for capital.

Let’s get a little more detailed … We are all HUMANITIES, and each of us tends to make mistakes, get nervous, angry, afraid, etc. All this almost always leads to the fact that no matter what formalized trading strategy is in your arsenal, our human “I” will insert its three kopecks into the formation of the final result. You have probably met calls on the Internet – be as disciplined as possible and not deviate one step from the strategy you are using… As I probably already made it clear – it is IMPOSSIBLE. Even employees of professional market participants make mistakes due to human nature. In many professional institutions there is a full-time psychologist, you probably knew this, but maybe what you did not know is that there is pledged interest on transactions made in a state of “mental overload”…

ALL are mistaken !!! The only difference is that these mistakes are made at different stages. For clarity, let’s take specific examples:

Above we talked about the “percentage of mistakes” inherent in the performance of a professional trader. As you, I hope, understood this and there is the same group that belongs to the second example of errors. Just Second an example is a consequence of the psychological characteristics of a person, and such errors cannot be used to judge the suitability of a particular trading strategy.

However, when it comes to errors from The first example (let’s call them “initial data”), even the most competent and disciplined traders, having built their ingenious (in the literal sense of the word) reasoning on the basis of a deliberately incorrect understanding of the initial data, will get a disastrous result. This is how you can paraphrase the first sentences of this article.

You need to think about where you will enter the market and under what conditions you will exit it BEFORE you press the buttons. It is with this approach that, in the event of a long-term loss, it will be clear that the problem lies in the strategy used, and not in the “charisma” of the trader.…

It seems I forgot about “Kozyabochka”)) …

Do not confuse mistakes from The first an example with errors from Second! (They have different reasons and different consequences) And even more so, you shouldn’t analyze the statistics of your trading account without separating one from the other !!! Otherwise, you will get an unknown “animal” – then unknown conclusions – and, as a result, an invisible deposit.

Statistics (like Probability) is a game of BIG numbers. Until now, I am amazed at how you can judge the mood of the inhabitants of the country, according to the polls of several people? “Well, we took five pensioners, eight students, one homeless person, three unemployed and two brainless …” So it turns out that, in general, the country is not against raising the retirement age. If you pause and think about who was actually interviewed, you will notice that the issue of raising the retirement age for these groups of people is not particularly relevant. This is a pretty funny example, but the next one will be even funnier …

A certain person “got hold of” a certain strategy for trading on the stock exchange. Opened and closed 20-30 full positions. Analyzed the result – it does NOT work (((, the size of the deposit is systematically decreasing, the mood worsens with each loss received. The person makes a desperate decision – to “get” something new!

Perhaps you will say that there is nothing to do with a social survey, and even more so it is not funny. Not at all. Let’s think about it … If the person we are talking about has an average level of psychological training, then at least 1 out of 10 positions were opened with violations of the originally indicated algorithm, and, as practice shows, depending on the intermediate performance, this figure can grow quite seriously (up to up to 10 out of 10). But after all, a person could understand the originally designated algorithm in his own way (or not understand it at all, but convince himself of the opposite). And of course, there is a very high probability that our subject is deeply convinced that when starting to work with a new strategy, each trade should be opened with the minimum possible volume (which is a deep delusion, see the webinar on risks).

In general, the statistics from the above case will be absolutely not objective.

The most striking example from my practice can be called my friend, who increased his deposit from $ 1,500 to $ 55,000 in two weeks by buying / selling currency. (the figures are real, I have observed all the reports personally) However, for several years now this person has not been able to repeat this ascent (from the word “GENERAL”).

And so, what am I doing … In trading, long-range indicators are important. Correctly collected indicators on a really long distance! And the point here is not entirely about the number of trades performed.

Any studied material must be given TIME to penetrate into the blood. (I’m not talking about “monkey work” now – poking buttons when something somewhere crossed, bounced, punched, etc. – but about the fundamental foundations) Remember how you once read a book or watched a movie and could not understand the author’s intention, and how after a while everything changed. To some things you just need to “grow” (I take this word in quotation marks, since it is not about age, but about mental development), and sometimes it takes time. Well, or a change of scenery))).

However, if you give time to every stock trading material that comes into your hands, then there will simply be no time left to conduct an effective business. Therefore, it is important to intelligently approach the search for people and materials. We have already talked about this – Trading Training.

Through my webinars and written articles, I have repeatedly made it clear that the term “Volatility” refers not only to charts of stocks, currencies or other financial instruments, but also to any statistical data, including the dynamics of a trading account. And as I noted at the beginning of this article, we will not analyze the numbers in this text. For these purposes, a list of the already stated material was given))

PS Collect statistics correctly so that you can analyze it correctly later. And you shouldn’t rely on another person’s statistics without understanding how it was collected.