Perhaps I’ll start like this … Yes, I use ready-made software algorithms in my trading, and yes, there are trading robots among them that work with minimal human control. But I don’t think that anyone reading this article at the moment understands what kind of robots and software algorithms in general we are talking about. And in order to fix this, you need to understand that any algorithm (in this context, a program), like any link (employee), say, in a hedge fund has a specific task (sometimes several tasks), and if you drip a little, there are a lot of them:

Some of this can be put on the program code without any problems and you can trust such a program entirely and completely, and something requires the participation of the human component, but all these tasks in combination are aimed at one thing – making a profit. 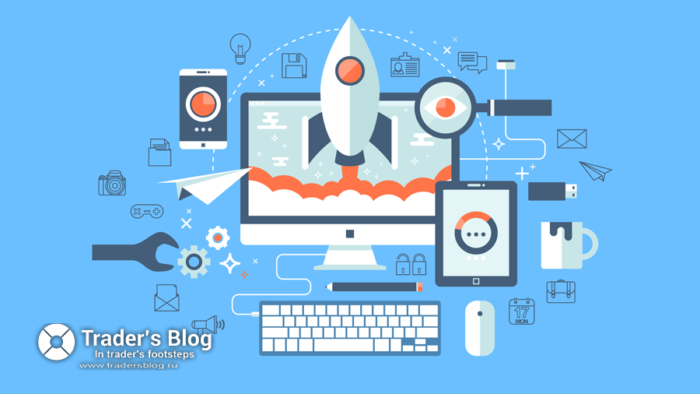 And since the process of trading (in theory =)) must correlate with the process of making a profit, it is simply necessary to understand what role algorithmic trading plays in the exchange business. Well, in order to interest even a little more, it is worth noting that almost all calculations, as well as more than 99% of trade operations (and already much more volume) in the market are performed according to pre-prepared algorithms, understanding the principles of which in some cases literally can be read the market…

Usually, when it comes to trading robots in conversations, traders immediately “try them on their own skin”, i.e. express their opinions, desires and unwillingness to use robots in their trading, while forgetting about the fact indicated in the paragraph above, about whether they want it or not, the market is already “put on the code”. Most of the guys are still analyzing (it would be more correct to say – predicting) the “actions of the crowd” instead of analyzing the algorithms by which the capital is entered and exited.

Although it would not be fair not to notice that in the overwhelming majority of cases, it is the person (or, if you will, the same “crowd”) who controls the work of the algorithms for recruiting and unloading positions. However, as practice proves (and just common sense), it is much more difficult to predict human actions than the actions of a program, the algorithm of which does not change during the trading process.

And so … Above we talked about the tasks inherent in the employees of a certain hedge fund (or other investment structure), now is the time to concretize some areas that have already been implemented in the form of a program code (script).

The use of fully automated trading robots is not appropriate everywhere (it is for this reason that qualified traders are still in demand in professional firms), but they still have their place in the exchange business. A striking example of this is the robots-arbitrageurs and robots-market makers (templates for these strategies are known in advance and 100% “fall on the code”). Moreover, it is simply useless for a person to compete with such algorithms.

Of course, we can only talk about any advantages in comparison with something, and in our case it will be a MAN. Well, the most obvious here will be the difference in the time spent on making calculations and reacting to some events. In simple words – a robot is trite faster than a person.

The second advantage is the ability of scripts to do things that a person is physically unable to do. You might think it’s still about speed, but no. I am talking, for example, about round-the-clock work, or more simply – about work without days off, breaks, etc. (what not every person is capable of, and if he is capable, then it will not last long). Those. the human factor – like “I’m tired”, “scared”, “forgot”, “didn’t have time”, etc. – is absent in the program (of course, if it is not intentionally put into the code =)). 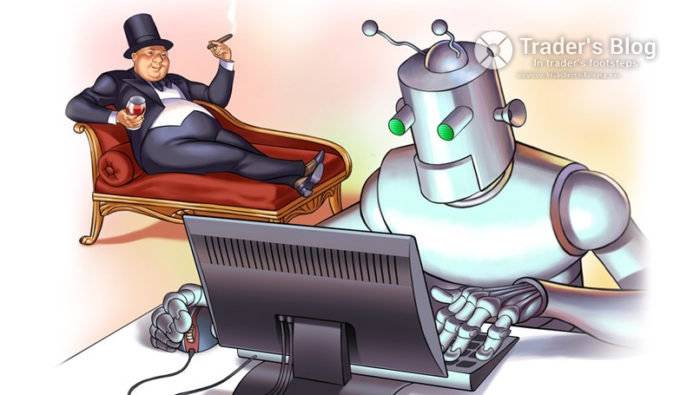 With all of the above, it is not worth arguing that a robot is better than a person in everything. I have repeatedly heard statements by honorary members of all sorts of communities that robots will “enslave the market” and something else … Considering the fact that the program beats world chess champions, this of course can be assumed … But do not forget that, despite all the variety of combinations, chess is a much more limited game than the MARKET.

Of course, we cannot just take and pass by the abundance of trading advisors for the forex market, which cluttered the lion’s share of the already immense Internet space. It seems to me that Google itself wrote less code than “MQL programmers”)))

I will try not to row all the scripts and their creators under the same brush, because among the pile of goofy there is always something really useful. I think in this context it would be more expedient to just warn you against the temptation to entrust your capital to “fully automated forex trading systems” (even sounds ridiculous), which, according to the authors’ assurances, will give some kind of guaranteed profit. It is IMPOSSIBLE to implement such “systems” inside the DC (forex brokers, if you like).

Someone may argue with this, but here you need to understand that turning on an advisor and leaving it unattended until the end of time does not make this advisor “fully automatic”… For the sake of fairness, I note that this postulate applies not only to forex advisors, but also to exchange robots, however, when dealing with inefficiencies that arise between markets, achieving the desired automation and stable profitability from a trading robot is whiter than real.

In conclusion of this article, I would like to note that due to their speed and unpretentiousness, trading robots will always take their place both in the market in general and in my trading in particular. I strive to automate the trading process as much as possible and am always open for communication in this direction. Let me remind the reader that the program code does not have a head, but the trader has one, and he should use it when assessing the possibilities of algorithmic trading.